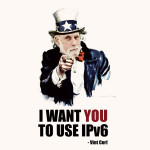 I've been running IPv6 via a Sixxs tunnel at home for several years. When I first set it up I was using an old LinkSys with alternative firmware. It worked, but it had a tendency to break randomly. After a couple of years I got a FritzBox! which "just works". Over the years the number of end user devices that support IPv6 has grown so these days the hardware is no longer the … END_OF_DOCUMENT_TOKEN_TO_BE_REPLACED 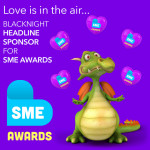