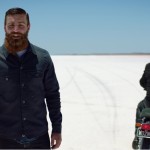 Ever wanted to go to Australia? After watching the new Qantas safety video you might want to: https://youtu.be/44MdMGWqHB4 Yes, this is a safety video, but it's also a very good advert for Australia. Nicely done - it sure beats the boring safety videos some airlines seem to love! … END_OF_DOCUMENT_TOKEN_TO_BE_REPLACED 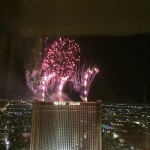 I saw in the New Year this year in Las Vegas with a couple of Polish friends, which was a hell of a lot better than how I spent the previous New Year's Eve! We all arrived in Vegas a few days early for CES, so it worked out very well. New Year's Eve in Las Vegas is quite different. To start with they shutdown the entire Las Vegas strip to traffic from early afternoon. It … END_OF_DOCUMENT_TOKEN_TO_BE_REPLACED 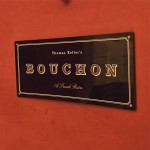 I'm just back from Las Vegas, where I was attending both CES and NamesCon. Las Vegas is an odd place. It's very hard to explain to someone who hasn't been how a single city can be so wonderful and awful at the same time. It does, however, have some of the best restaurants in the world. It is truly a foodie's paradise. Breakfast is possibly the most important meal of … END_OF_DOCUMENT_TOKEN_TO_BE_REPLACED