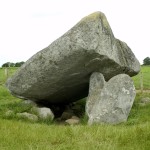 I've been living in Carlow for over 12 years. Prior to moving here I was in Milan for about 3 years. I've lived in other big cities, but I grew up away from towns and cities in the Irish countryside. At times living in a small town can be a pain. But at other times you find that there are some amazing differences between a small community and a big city. When I lived in … END_OF_DOCUMENT_TOKEN_TO_BE_REPLACED 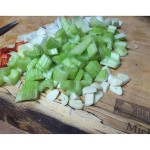 I've been "benched" for the last few weeks, which means I've been able to cook at home. It's been wonderfully calming. Sure, spending a Sunday evening preparing lunch for the following couple of days might not be "exciting", but eating fresh home cooked food makes me feel better. And I don't mean just mentally - physically I feel better. My travel schedule last year was … END_OF_DOCUMENT_TOKEN_TO_BE_REPLACED 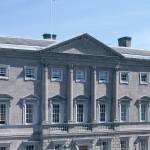 Back in 2010 I did a quick and dirty review of where Irish political parties were hosting their websites. Back then I was curious since so many of them were talking about "the knowledge economy", yet so few of them actually hosted their own websites in this country. Six years later things have changed. But what has also changed is the privacy regime. While back in 2010 … END_OF_DOCUMENT_TOKEN_TO_BE_REPLACED