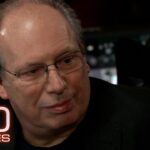 I'm a bit of a Hans Zimmer fan so when I heard that he was going to be on 60 minutes I was really interested in getting my paws on the interview. It does not disappoint. If you're a hardcore Hans Zimmer fan you will probably learn a few things from it, while if you're a novice it'll give you a good introduction to the man. Here it is: Hans Zimmer is on tour again this … END_OF_DOCUMENT_TOKEN_TO_BE_REPLACED 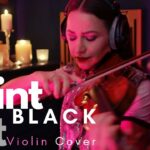 Paint it Black is a classic. This probably isn't the only violin cover of it, but it's a really good one by Rusanda Panfili, who often tours with both Hans Zimmer and World of Hans Zimmer among others: Rusanda Panfili's version is wonderful - inspired by the Netflix hit Wednesday whose lead plays cello in the show. … END_OF_DOCUMENT_TOKEN_TO_BE_REPLACED 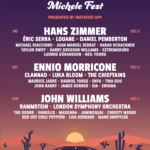 I've always enjoyed data visualisation tools. Taking data and turning it into something that is visual can make it much easier for people to digest the content and often it shows you new things that can be a little surprising When it comes to my listening patterns, however, there aren't any "big" surprises, but this little tool does a nice job of making it interesting … END_OF_DOCUMENT_TOKEN_TO_BE_REPLACED 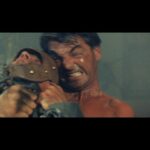 Some old films have aged really well. Others, however, haven't. In some cases there's something a little "off", while in others the style is just so different to anything we'd expect these days. Sergio Leone made his mark with westerns (the spaghetti westerns) in the 1960s and 1970s. However before that he did this really cheesy film set in Roman times - The Colossus of … END_OF_DOCUMENT_TOKEN_TO_BE_REPLACED

I remember the first time I heard the title track from Michael Jackson's "Thriller". To be more correct I think it was watching the music video that really stuck with me. It's a fairly long video, but it's much more than just a music video. It's a short film, which includes lots of music! Admittedly while the album was released 40 years ago the music video was only … END_OF_DOCUMENT_TOKEN_TO_BE_REPLACED