I use a Mac. A lot of people use Macs.We're not all weirdos.HonestHowever there is nothing more annoying than a website that explicitly tells you that your choice of computer will not work:If it was a simple bit of brochureware I wouldn't mind as much, though I'd still think it was a bit odd.However it's not. It's the ecommerce site for Argos in the Spanish market. That they've … END_OF_DOCUMENT_TOKEN_TO_BE_REPLACED 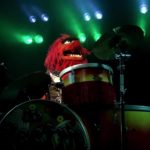 I'm not sure if the Muppets' version of Bohemian Rhapsody would win any awards, but it is damn funny:More Muppet madness over on their YouTube channel … END_OF_DOCUMENT_TOKEN_TO_BE_REPLACED

Since I got such amazing and helpful feedback from people when I posted about kitchen knives (I finally ordered some Wusthof ones) I was wondering if people had any thoughts on woks .. Not all woks are made equal.I like stir fry.I don't like the way my wok seems to have a liberal interpretation of the concept of "non-stick".I'm sick of everything sticking to its surfaces, so I … END_OF_DOCUMENT_TOKEN_TO_BE_REPLACED

This is a shameless plug.Over at Blacknight we're offering a really big discount on .be domain name registration from now until the end of the year.Full details hereOther super duper domain discounts available here … END_OF_DOCUMENT_TOKEN_TO_BE_REPLACED

Image via CrunchBaseI've been trying out a number of different Twitter clients on the iPhone over the last few months. I currently have three or four clients installed, but I keep coming back to Tweetdeck. In many respects it's because I like uniformity. I like being able to use the same software on my various desktops, laptops and mobile devices. That might seem a bit boring, … END_OF_DOCUMENT_TOKEN_TO_BE_REPLACED