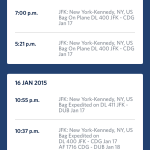 I spent the first two weeks of 2015 in Las Vegas attending CES and then NamesCon. After over two weeks I was looking forward to going home. I was "done". I was meant to be flying Las Vegas - JFK - Dublin, leaving Vegas Friday morning and arriving into Dublin the following morning. Unfortunately, as can happen, there were weather issues at JFK which led to flights destined … END_OF_DOCUMENT_TOKEN_TO_BE_REPLACED 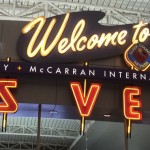 I spent all day yesterday travelling. The flights and everything else were fine, but by about 9 PM local time last night I was completely confused. It was 9pm in Vegas, but 5am in Ireland! So sitting down for a relatively light dinner around the time that some people might be thinking about getting up for work (or whatever) is rather odd. The joys of jet lag! Moving … END_OF_DOCUMENT_TOKEN_TO_BE_REPLACED 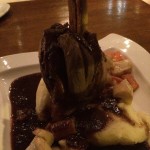 I've always had a rather odd relationship with New Year's Eve. While for some people it's a "big" and "important" night out, it's never really been that much of a big deal for me. Years ago, when I lived in Spain, the New Year's Eve parties were something I really looked forward to. We'd start the evening with drinks around the Plaza Mayor before heading for dinner with my … END_OF_DOCUMENT_TOKEN_TO_BE_REPLACED