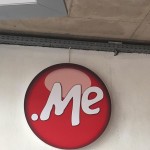 I've been to Montenegro several times over the last few years and I'm always struck by the beauty of the place. This video does a good job of capturing some of it: https://vimeo.com/187328168 Unfortunately there aren't any direct flights from Ireland, but it's relatively easy to get there via Dubrovnik, London or Paris. … END_OF_DOCUMENT_TOKEN_TO_BE_REPLACED 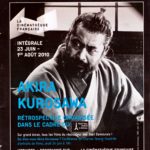 It's the end of an era. Pariscope is to cease publication after more than half a century. According to reports in French media today's edition will be its last. If you were a visitor or inhabitant of Paris "Pariscope" and "L'Officiel des Spectacles" were the "go to" publications to get information about event listings in the French capital. For now, at least, "L'Officiel … END_OF_DOCUMENT_TOKEN_TO_BE_REPLACED 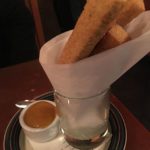 I was in Portland, Oregon last week for the cPanel conference. I was there to deliver a keynote on Wednesday morning, so I had a bit of time in the evenings to catch up with friends in the area. I'd never been to Portland before, though I'd always heard good things about it. I probably should have paid more attention to what people said about the weather, instead of … END_OF_DOCUMENT_TOKEN_TO_BE_REPLACED

This is more of a note for myself than anything else. When using Apache 2 it's useful to see exactly what it "thinks" it should be doing with virtual hosts. The "apachectl2" utility can check if the Apache configuration is correct syntactically, but that won't help you see what exactly it's trying to do, as in which sites it's trying to serve. However if you … END_OF_DOCUMENT_TOKEN_TO_BE_REPLACED