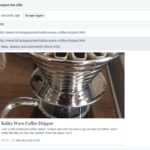 People tend to interact more with "rich" media than they do with plain text links. So when you share a link on Facebook, Twitter or other social media networks you'll find that those links that contain "media", such as images and video, will get more interactions. Apart from anything else, they'll stick out more on people's news feeds. If you're using Wordpress as your … END_OF_DOCUMENT_TOKEN_TO_BE_REPLACED 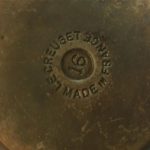 Over the past few years I've spent more and more time in the kitchen and less and less time with the microwave. Ok, that sounds worse than it actually is :) I like cooking, but I also like having nice things to cook and serve food with. Buying Le Creuset saucepans new costs a fortune, but if you spend a bit of time poking around eBay you can pick up some really nice sets … END_OF_DOCUMENT_TOKEN_TO_BE_REPLACED