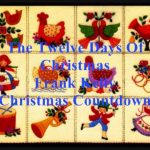 Irish comedian and actor Frank Kelly, who passed away last year, is probably best known to some people for his role of Father Jack in Father Ted. His version of the 12 Days of Christmas", below, is hilarious and a classic. https://youtu.be/lbejNNCTr7k … END_OF_DOCUMENT_TOKEN_TO_BE_REPLACED 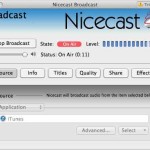 Conn and I did an experiment earlier this week with the technology.ie podcast. Instead of simply recording it and then publishing it we streamed the entire thing live using IceCast.We'd previously played around a bit with Google "hangouts', but running our own streaming server was fun and also gave us more autonomy. Media streaming always struck me as being incredibly … END_OF_DOCUMENT_TOKEN_TO_BE_REPLACED 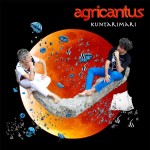 While I'm a big fan of digital music services like Last.fm and Spotify I've always had a very "mixed" relationship with digital purchases of music. I guess this stems from some bad experiences outside Apple's iTunes store. Having paid for an album I want to be able to "consume" it however I choose on whatever device I want. Unfortunately if the company you bought music … END_OF_DOCUMENT_TOKEN_TO_BE_REPLACED 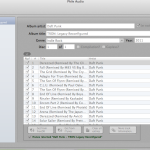 If you use a Mac you get used to using its tools. Why wouldn't you? They're easy to use and pretty intuitive. Unfortunately my iRiver H340 can't read audio files in the standard OSX / iTunes format. It'll happily take the files in, but then you can't play the audio, which defeats the purpose of the exercise. There are quite a few software tools, both commercial and open … END_OF_DOCUMENT_TOKEN_TO_BE_REPLACED 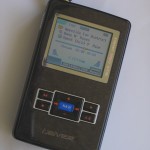 I've had an iRiver H340 for a few years. I think I picked mine up a few months before iRiver stopped making them. I used it on and off for a couple of years, but for the last year or more it's been gathering dust. I used to watch films when travelling so I didn't really listen to music, but between Netflix, iTunes and the cinema there's less and less that I want to watch on … END_OF_DOCUMENT_TOKEN_TO_BE_REPLACED