Image via CrunchBaseIf you've been following the EU vs. Microsoft over the last few years this latest titbit should interest you.From the beginning of March 2010 (ie. tomorrow) Microsoft will be rolling out a new update to its users which will give them a choice of browser.While users have always been able to install alternative browsers to the default Internet Explorer the … END_OF_DOCUMENT_TOKEN_TO_BE_REPLACED

I've no idea why anyone would buy these unless it was a joke, but they're still fun:You'd have to be a real geek to want salt and pepper from these oversized computer keys!More info here … END_OF_DOCUMENT_TOKEN_TO_BE_REPLACED 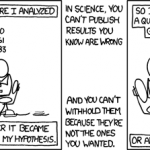 I'll probably be posting about this at greater length elsewhere...The ICANN meeting in Nairobi seems to be attracting more publicity and debate than any other meeting in the last couple of years.Why?Because so many people are making noises about either attending OR not attending it.I'm not attending. I'd love to be able to attend all the ICANN meetings, but I simply can't.There … END_OF_DOCUMENT_TOKEN_TO_BE_REPLACED

Spartacus Blood and Sand isn't going to be showing in Europe for a while I suspect .. For those of you who have been able to see it the tshirts it has inspired so far are quite amusing.Who'd have thought that you could get so much inuendo into a simple Latin word like "ludus" ....More info here … END_OF_DOCUMENT_TOKEN_TO_BE_REPLACED