It seems that Yahoo is going to make an effort to comply with standards for their webmail service, which is excellent news.Of course in typical "we know better" fashion it sounds like Google is ignoring standards yet again. Of course they still hide the source IPs as well ...If you just send plain text email then none of this will probably matter that much to you, but once you … END_OF_DOCUMENT_TOKEN_TO_BE_REPLACED

My sister's boyfriend gave her an iBook G4 for Christmas. The spec isn't bad and I've been updating it and installing a few bits and pieces for her today. Since she's a fulltime student she needed some form of word processing package, so I opted for NeoOffice, which is a Mac port of OpenOffice. I also installed Firefox and Acrobat Reader. As far as I know she only uses MSN, … END_OF_DOCUMENT_TOKEN_TO_BE_REPLACED

Grandad's latest post got me giggling today. Probably not a wise thing to do, as the glass of Bordeaux was dangerously close to my laptop, but the less said about that the better! It seems like Grandad was cold called by Talk Talk. I almost feel left out, as they never cold call me. I get to be annoyed by people trying to sell me advertising for publications that nobody seems … END_OF_DOCUMENT_TOKEN_TO_BE_REPLACED 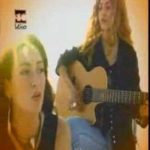 When I was in Spain in the late 90s one of the female groups that was getting a lot of airplay at the time was Ella Baila Sola. I got to see them in concert (for free) in Madrid during the summer of 1997.For some odd reason one of their songs has been in my head for the last couple of days, but I couldn't remember the lyrics or the group's name. Trying to work out who it was … END_OF_DOCUMENT_TOKEN_TO_BE_REPLACED

Most years at Christmas I get a chance to read books that I normally wouldn't get round to reading.This year is no different, though my choice of reading has proved to be rather disturbing. Over the last few days I've been working my way through "Bad Men", which tells the story of some of the Bush administration's victims of torture being held in Cuba. Some of the stories are … END_OF_DOCUMENT_TOKEN_TO_BE_REPLACED