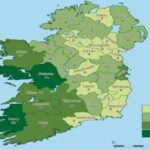 Ireland is not a big country. We're a small island. But we do have a lot of very different accents. Even within a very small area accents change dramatically. The late Niall Tóibín did a very clever piece where he "toured" the country's accents starting up north. I'm not sure how well non-Irish people cope with this sort of thing, but I find it very entertaining. … END_OF_DOCUMENT_TOKEN_TO_BE_REPLACED 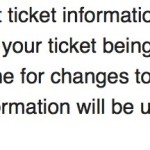 I am very picky about words and how people use them. Anyone who knows me can probably confirm this. I get rather annoyed when people send me badly worded letters or emails and I take offence when companies I'm paying are overly aggressive with me Today I got an email from Web Summit which I'm currently planning on attending next month. The message from the email … END_OF_DOCUMENT_TOKEN_TO_BE_REPLACED 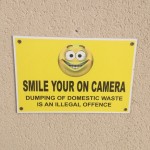 Spotted outside a shop in Midleton, Co. Cork: And it's not the only "bad" sign you'll come across in the town. The local supermarket is proud of its "customer's car park", which is suggests that they might not be in business for much longer or that nobody drives .. Getting it right shouldn't be hard: "your" = possessive "you're" = contraction of "you … END_OF_DOCUMENT_TOKEN_TO_BE_REPLACED 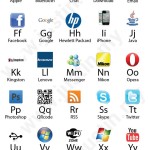 When I was a child I had a book called "A is for Apple" which went through the alphabet with each letter being associated with a thing. I think my sister inherited it. The 2012 version of it might end up with something like this: No idea where this came from originally, but someone shared it earlier this morning and it brought a smile to my face.   … END_OF_DOCUMENT_TOKEN_TO_BE_REPLACED

I'm a strong believer in the power of language.If you can express yourself clearly and coherently you are more likely to avoid problems and misunderstandings.It's also a lot easier to communicate with people when there is less ambiguity.Unfortunately a LOT of people seem to have serious issues with spelling. I think we all make mistakes from time to time and confuse words a … END_OF_DOCUMENT_TOKEN_TO_BE_REPLACED