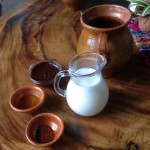 I'll freely admit that I'm a big fan of good quality chocolate. I love it. I shouldn't eat too much of it, of course, as it's hardly conducive to weight loss.. While I was in Antigua Guatemala this week I went to the Choco Museo, which is close to the centre of the town. They have a lovely little cafe in the courtyard which serves a range of chocolates and other drinks. I … END_OF_DOCUMENT_TOKEN_TO_BE_REPLACED 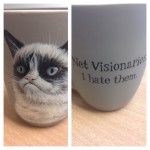 Apart from being fantastic at doing PR stuff for us, Kelly is also a good friend and gave me an amazing present. Officially this was a Christmas present, but since it arrived around the time of my birthday I'll consider it  a birthday one instead :) … END_OF_DOCUMENT_TOKEN_TO_BE_REPLACED 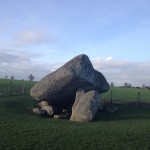 I grew up on the west coast of Ireland only a few miles from the Burren region. It's a beautiful part of the world and has a lot of history. Nowadays I live in Carlow, which is in the southeast of Ireland. It too has history, but even though I've been living here for 10 years there are still parts of the area that I'm not familiar with. One of the things that Carlow is … END_OF_DOCUMENT_TOKEN_TO_BE_REPLACED 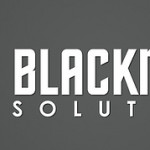 By this time tomorrow our shiny new data centre will have been officially opened. It's taken us a long time to get this far Hopefully we'll have lots of photos and videos to share from the event In the meantime here's a video of the new sign going up outside the building: http://youtu.be/Dl7rwlL8oOc More to follow .. Related articles Sprucing Up Blacknight … END_OF_DOCUMENT_TOKEN_TO_BE_REPLACED

I fly with Air France and other airlines that are part of the SkyTeam alliance. I like Air France, but sometimes they screwup. And when they do and you're on the receiving end of the screwup it can be really really frustrating. However they have been really doing a fantastic job with handling customer service issues via Twitter. A few weeks ago I realised that Air France … END_OF_DOCUMENT_TOKEN_TO_BE_REPLACED