Looks like the Irish police (gardai) website has collapsed under the server load:Why is this happening?Well it's all down to the new speed trap system that is going live this week (today I think). The Gardai are listing all the locations of the traps on their site, but they obviously didn't think that just about everyone in the country would want to go and look at the list .. … END_OF_DOCUMENT_TOKEN_TO_BE_REPLACED

I'm in Rome this week for the RIPE meeting. I'll be involved in a session on abuse later during the week, so I'll be spending the next couple of days trying to get my head around what RIPE does! The venue is pretty central on Via Veneto (The Westin), while I opted to stay in a fairly simple hotel around the corner. Of course I didn't realise that the hotel is right beside … END_OF_DOCUMENT_TOKEN_TO_BE_REPLACED

I fly with Aer Lingus regularly.However there are some things about their online systems that I find incredibly annoying.You can register for an online account with them, like you can with just about any airline these days.You would think that the online account would store ALL your details so that booking flights would be a matter of a couple of clicks, but they don't. You … END_OF_DOCUMENT_TOKEN_TO_BE_REPLACED

If you were ever wondering where Damien Mulley was your prayers have been answered.Odd what programmers will throw together in their spare time .. .. … END_OF_DOCUMENT_TOKEN_TO_BE_REPLACED 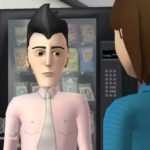 This video has been doing the rounds for the last few days. It's amusing (and a small bit NSFW) but also very realistic. The number of times I've seen emails and forum queries from people who think that their idea is original and guaranteed overnight success .. There's nothing wrong with being confident in your plans, but you need to be realistic! … END_OF_DOCUMENT_TOKEN_TO_BE_REPLACED