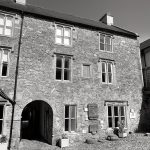 Rothe House and Gardens are located in the heart of Kilkenny and they're well worth visiting. The house was originally built between 1594 and 1610 and the local archaeological society has lovingly restored it to its former glory. The weather over the Easter weekend was perfect for exploring the house and its lovely gardens. The buildings that make up the house have … END_OF_DOCUMENT_TOKEN_TO_BE_REPLACED 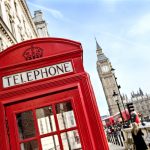 I'm heading over to London in a few weeks time. I'll be there for a few days, including the weekend, as I'm in the south of England earlier that week for a work thing. I've been to London many times, but am looking for recommendations for: Gin / whisky barsRestaurantsOther things to do / see Like I know there's some gin distilleries in and around the city, but I've … END_OF_DOCUMENT_TOKEN_TO_BE_REPLACED 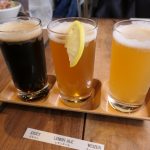 Since I've been trying to stick to a low carb diet I've had to give up beer. Most of the time I've "behaved", but I have also fallen off the wagon a bit from time to time. But when I'm on holidays in some new and interesting place I consciously decide that I will have a beer or two, but only if they're "interesting". While on my recent trip to Japan I was delighted to find … END_OF_DOCUMENT_TOKEN_TO_BE_REPLACED 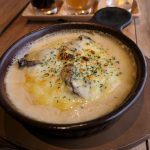 I've posted a few times over the past few days about some of my experiences in Japan. There are probably still a couple of short blog posts I could write about other things that struck me while I was there, but for now I thought I'd do an overview of the trip. As I mentioned a few weeks ago I planned to take this trip to coincide with a work trip. In the past I've added a … END_OF_DOCUMENT_TOKEN_TO_BE_REPLACED 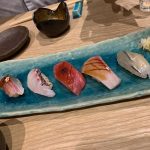 I'm currently en route back to Ireland after spending the better part of two weeks in Japan. I missed my connecting flight in Amsterdam due to my flight from Osaka being delayed, so I'm writing this from the KLM lounge while waiting for my flight back to Dublin. I'd never been to Japan, though I have been to several other countries in Asia. Japan, however, was very … END_OF_DOCUMENT_TOKEN_TO_BE_REPLACED