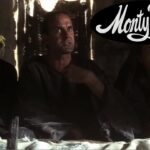 From Monty Python's Life of Brian the original "What have the Romans" piece. Life of Brian has some fantastic scenes - of course the entire film has aged well, but some of its scenes are great standalone comic pieces. Being Monty Python there's also something more than just a joke. I suspect that's part of the appeal and why they've aged so well. Masterful. … END_OF_DOCUMENT_TOKEN_TO_BE_REPLACED 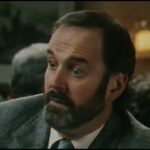 If you're a Monty Python fan you'll remember the famous scene in "Life of Brian" where someone "what have the Romans ever done for us?". A few years later John Cleese is back asking the same question in this old advert for the BBC and the UK TV license. If you're of a certain age you'll probably recognise at least some of the other celebrities who make brief appearances in … END_OF_DOCUMENT_TOKEN_TO_BE_REPLACED 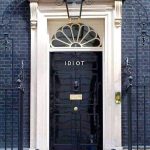 Monty Python's "Life of Brian" has some really fantastic and very clever bits in it. The script is very clever and hilarious. Now imagine if someone were to mix that in with footage of Boris Johnson in the House of Commons.. .. well you don't have to, someone has done it: … END_OF_DOCUMENT_TOKEN_TO_BE_REPLACED