I get a lot of deliveries to the office. A lot of the time it's simply because my name is on a supplier account, so the package arrives. Is checked and gets handed over to one of our staff. Of course I also get deliveries from Amazon and other places. Yesterday's delivery was a bit "different" A white body bag. The problem now is, what the hell do I do with it? While some of my … END_OF_DOCUMENT_TOKEN_TO_BE_REPLACED

I've been using Google maps quite a bit in the last few months to get me from point A to point B in cities that I don't know too well.Most of the time the maps are accurate and the directions are good.So what about this one?Granted, there could be some very good reasons why Google wants to route me by this rather circuitous route (and yes I did specify "walking", so it's not a … END_OF_DOCUMENT_TOKEN_TO_BE_REPLACED

The Irish Green Party have now deleted the tweet I mentioned the other day:"Eamon Ryan will be on Morning Ireland to discuss, amongst other things, the Bill Cullen tweet. It's gone now, as the tone was inappropriate." (source Twitter)If it was inappropriate and you recognise it as such, why was it put out there in the first place? Or is it more a case of throwing inane comments … END_OF_DOCUMENT_TOKEN_TO_BE_REPLACED

Irish political parties are trying to use online media. Unfortunately they're more "trying" than anything else.Remember the Green Party spamming bloggers?How about Fine Gael ripping off the BBC website?Well it looks like the Green Party are definitely outdoing their competitors when it comes to online idiocy. Their official Twitter account posted this charming message earlier … END_OF_DOCUMENT_TOKEN_TO_BE_REPLACED 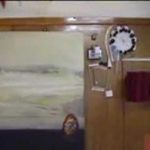 This must have taken hours to prepare.. Very cool - though a terrible waste of a creme eggThanks to Phil for mentioning it on Twitter … END_OF_DOCUMENT_TOKEN_TO_BE_REPLACED