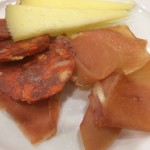 I've been in Spain this week at a couple of events. One of the things I love about Spain is the food. No matter where you go it's always pretty good and in many cases it's out of this world. Of the various things that you can eat in Spain my favourite is jamón. Ham. Jamón iberico. Yum!   By the time I leave the country tomorrow morning I'll probably have … END_OF_DOCUMENT_TOKEN_TO_BE_REPLACED 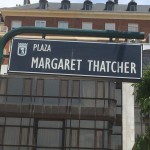 Streets, squares and other public venues get named after famous people and events all the time. But it's a bit odd to discover that there's a square in the centre of Madrid bearing the name of Margaret Thatcher. It's bizarre, but it's true: Apparently the square was named after Thatcher last year. I've no idea why Madrid would do this, but apparently it's a … END_OF_DOCUMENT_TOKEN_TO_BE_REPLACED

When I started my degree at the University of Limerick my Spanish wasn't that great. I'd studied it in secondary school, but I'd never made any real effort and I wouldn't have been able to do a whole lot. So I had the option in second year to go to Spain for the full academic year. For me that was a wonderful opportunity to improve my command of the Spanish language … END_OF_DOCUMENT_TOKEN_TO_BE_REPLACED

I use a Mac. A lot of people use Macs.We're not all weirdos.HonestHowever there is nothing more annoying than a website that explicitly tells you that your choice of computer will not work:If it was a simple bit of brochureware I wouldn't mind as much, though I'd still think it was a bit odd.However it's not. It's the ecommerce site for Argos in the Spanish market. That they've … END_OF_DOCUMENT_TOKEN_TO_BE_REPLACED

Despair.com (who I mention far too much!) have released yet another tshirt that brought a smile to my face: … END_OF_DOCUMENT_TOKEN_TO_BE_REPLACED